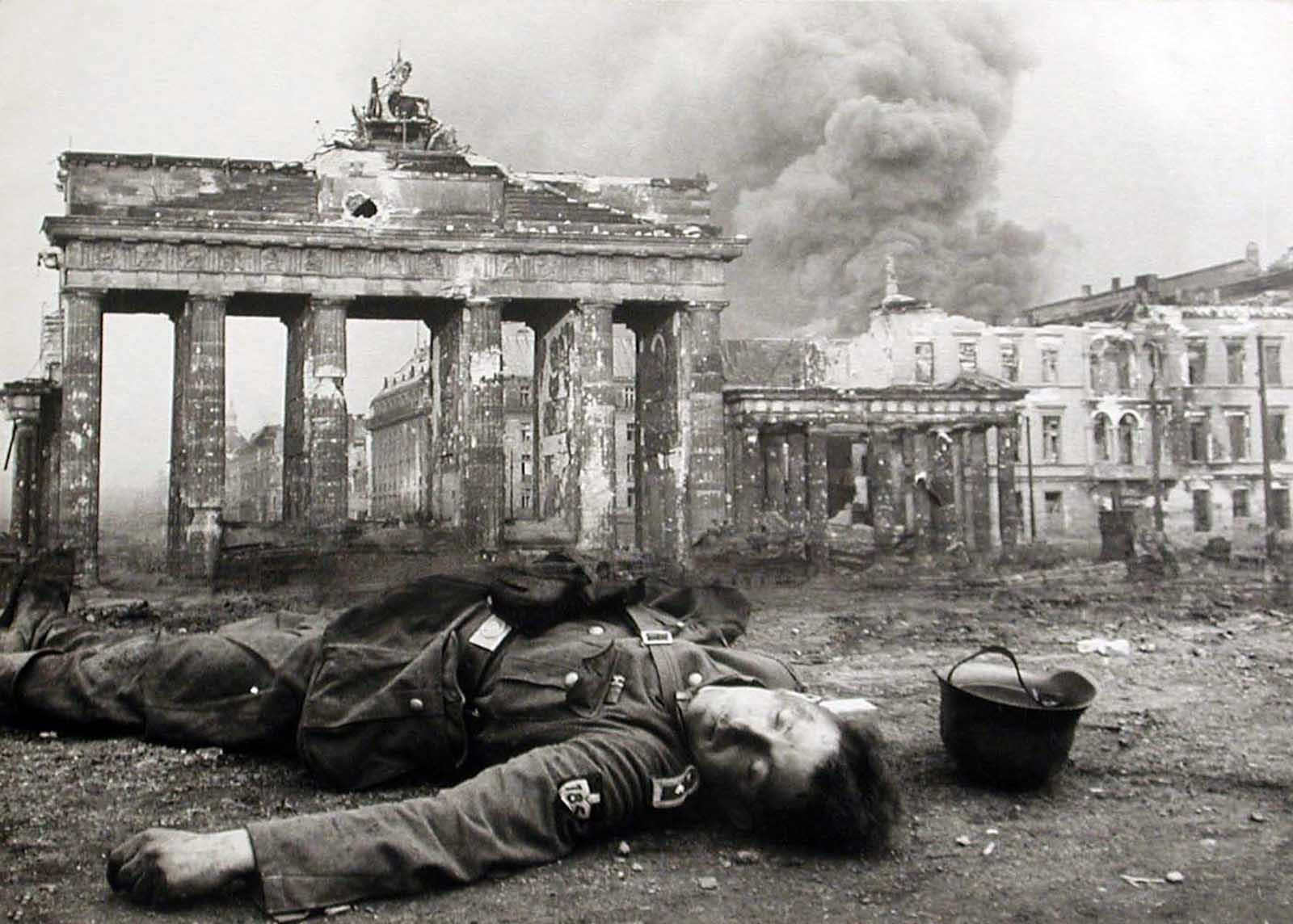 “Enjoy the war, while you can. The room will be terrible”.
A Berlin joke from the period before the fall of the city.

In the fall 1944 the year was clear to everyone except the most fanatical Nazis, that the end is fast approaching. Even so, Hitler didn't even want to hear about capitulation or negotiations. Teenagers and five-ten-year-olds were dragged to the place of the fallen in the battle, because Hitler believed in his "miracle weapon."” V-1 and V-2 and on new offensives. The winter counter-offensive in the Ardennes temporarily stopped the Allies in the west, but in January 1945 the year began to move forward again. Meanwhile, the Red Army launched its largest offensive to date on the Eastern Front, 180 the division took East Prussia in two weeks. The distance between the Allied fronts decreased inexorably. 27 On January, Soviet troops crossed the Oder by one hundred kilometers from Berlin. The Nazis mobilized all available forces to the Eastern Front, including the Volkssturm, a badly armed inner guard made up of old men, young boys and cripples. 13- and 14-year-old members of the Hitler Youth were quickly trained in the art of using the Panzerfaust, and then sent to fight with T-34 tanks and solidified infantry. When at the front people died by the thousands, to prolong the agony of the Nazi regime, life in Berlin has turned into a nightmare. The city choked on refugees and trembled at the arrival of the Russians, bombs fell on him day and night, and the flashes of Soviet guns could be seen on the horizon.

Behind the front lines, the flying martial law courts sentenced to death all suspects of "desertion."” or "cowardice in the face of the enemy”. 1 February 1945 In the year Berlin was declared Verteidigungsberaich ("Defense zone”), which had to be defended to the last man and the last bullet. Civilian population - women, kids, crippled and forced labor - she built trapdoors on tanks and barricades; sections of the U.- and S-Bahnu. Gobbels perorował o „fortecy Berlin”, while Hitler planned to use ghostly armies, which existed only on the maps of the frontline situation, but not in fact.

While Berlin was frighteningly preparing to defend itself, The Russians consolidated forces. The Soviet offensive has begun 16 April, O 5.00 Moscow time, from a 25-minute cannonade of artillery. When it died down it works, turned on 143 headlights in the distance 200 m apart, which were supposed to blind the enemy as the Russians approached the city. Three training camps totaling in total have started 1.500.000 soldiers, under the command of the marshals of Zhukov, Konev and Rokossovsky - much thinner German forces could not do much, to stop the victorious march of the Soviets. 20 April - Hitler's fifty-sixth birthday celebrated with tea and cakes in Fuhrerbunker - the Red Army found itself on the border of Berlin. The next day, the city was within the range of their guns and many people were killed in the queue in front of the Karstadt department store on Hermannplatz. 23 April, Soviet troops occupied the Weissensee district, a few kilometers from the center. The Germans were offered a chance to surrender, but they refused.

Hitler's birthday party was the last meeting of the Nazi hierarchy. The dictator and his lover Eva Braun decided to stay in the Fuhrerbunker in Berlin, Gobbels and his family also joined him. It was, a humid and stuffy cell of reinforced concrete under the gardens of the Reich Chancellery. It was here that Hitler meditated on the Speer's models of unbuilt victory monuments and vegetated on salads, herbal decoctions and regular injections of various strange substances prepared by one Dr.. Morella. To the unfortunate generals and faithful acolytes he raved about the traitors and the futility of the German Volk, and when he found out, that General Steiner's group did not stop Zhukov's offensive, he declared, that the war was lost and that he would stay in the bunker until the end.