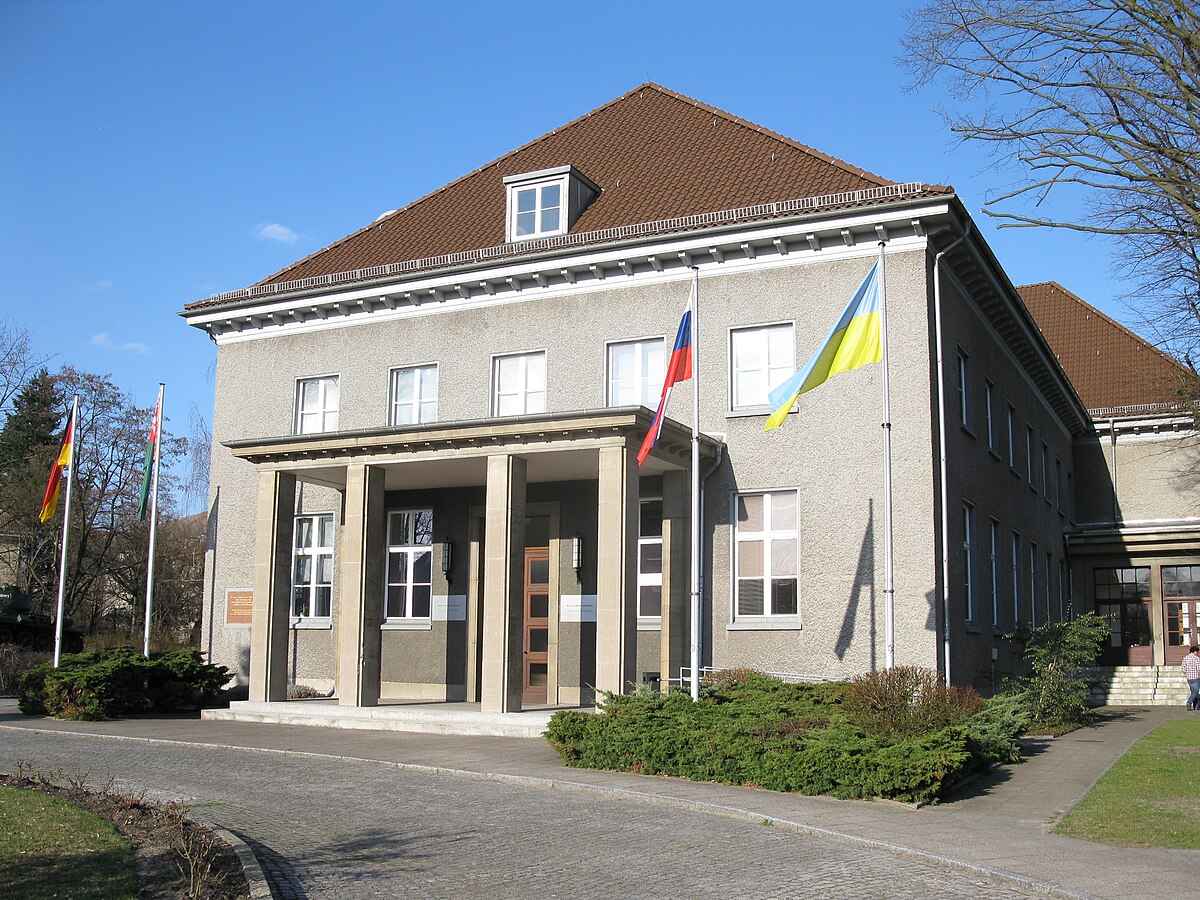 If you take a walk through the streets of Karlhorst (S-Bahn to Alexanderplatz, change to Ostkreuz), you will hear Russian more often, than German, because the area has practically become the Russian district of East Berlin. The Soviets have been here since the end of the war, when they accepted the unconditional surrender of the German armed forces 8 May 1945 year. The former Wehrmacht barracks now serve as the headquarters of the Soviet garrison, and the streets of Karlshorst are full of Soviet soldiers and their families, which took over local apartment blocks. There are shops, where you can buy Russian food, books, gazety i papirosi (which have cardboard filters and pierce your lungs right through).

At the end of Fritz-Schmenkel-Strasse, in the building, where the capitulation was signed, houses the Berlin-Karlshorst Museum (wt.-pt. 9.00-13.00 i 15.00-18.00, under. 9.00-14.00, closed on the last Saturday of the month, nd. 9.00-16.00), led by squat Russian women who tend to tell the history of the Second World War from a Soviet point of view. Fourteen rooms with exhibits, reconstructions of battlefields along with dioramas is able to give a good idea of ​​how huge losses were suffered by both sides on the Eastern Front. There is also a section on the German resistance to the Nazis.

Treptow is worth a visit because of the giant Sowjetisches Ehrenmal in Treptower Park, erected in honor of the Soviet soldiers, who died in the Battle of Berlin from April to May 1945 year. The park is also a place of eternal rest 5000 soldiers. If you enter via the AM Treptower entrance, first you go under the triumphal arch, and then you pass the statue of a mother mourning the death of her child; after a sharp turn to the right you face a huge symbolic statue. Counting 11 meters, the monument shows a stylized Russian soldier hugging a rescued child and resting a sword on a shattered swastika.