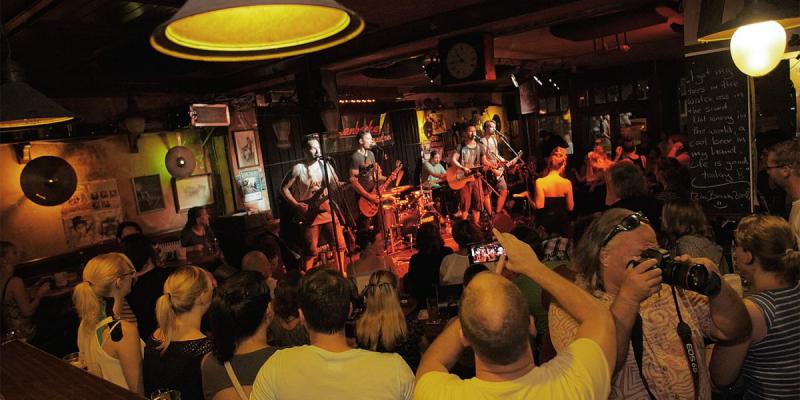 From the time of the Weimar Republic and even during the lean post-war years, Berlin enjoyed a city reputation, whose nightlife has always been one of the oldest and most passionate - in Europe, and this image was perpetuated by satirical drawings by George Grosz and films such as Cabaret. To this day, the city is waking up, when others go to sleep. In terms of music, a lot is happening here: everyone will find something for himself, and the prices are generally affordable. Among the night clubs and discos there are exclusive places for the cream of the social up to dingy murder and this tension, which seems to be something natural in Berlin, gives color to the city's nightlife.

Berlin's reputation as an avant-garde bridgehead is confirmed by a number of small companies, often experimental theater troupes, that work here. The repertoire is rich, but you have to remember, that many theaters will suspend operations in July and August. Classical music has long been dominated by the world-class Berlin Philharmonic, though there are many other orchestras here, and many museums and historic buildings often host chamber music concerts and recitals.

Two places, where concerts are held, they do not yield to any classifications: Wladebiihne is a huge open-air amphitheater modeled on the Hollywood Bowl, west of the Olympic stadium. Everything is played there, ranging from operas and feature films, ending with hard rock; unbeatable in summer. The Tempodrom consists of two tents in Tiergarten; concerts and circus performances take place in the greater, in smaller cabarets and more intimate performances.

Berlin's discos are smaller, cheaper and less exclusive than their London or New York counterparts, and less numerous. No need to write, that the premises along the Ku'damm are geared to rip off tourists; real sweat fun takes place in Kreuzberg and Schoneberg, where the glitter falls off, and post-punk rules. Admission is often free, and even if not, this fee should not exceed 10 DM. As in most cities, addresses change like a kaleidoscope and this list may be at least partially outdated by now.

The program of music events can be found in Tip and Zitty news magazines, Berlin Program, or on countless posters around the city.

Here are the places, where there are supergroups. Tickets must be purchased well in advance for any band with a known name. Tickets cannot be purchased in the halls themselves, you have to go to the pre-sale checkout.

High TU-Mensa, Hardenbergstr. 34 (*3112233). Part of the University of Technology. Germany Hall, Messedamm 26 (* 30381). Like the Eissporthalle below, in the Congress Center west of the city. Eissporthalle, Jaffestr. 1 (*30384387). Another big hall. as the name suggests, w pobliskim summer garden in the exhibition center (around Funkturm) open-air concerts take place in summer.

Waldbiihne, na rogu Glockenturmstr. i Passenheimer Str. (* 3040676). Natural, open amphitheater near the Olympic stadium, where the movies are displayed, concerts of popular and classical music and various other entertainment events organized. Great fun on summer evenings.