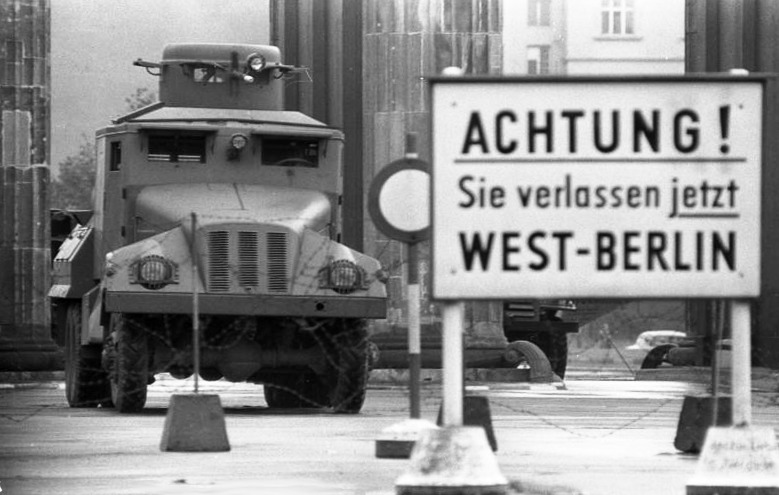 Gradual easing of political tension, which happened a few years after the wall was built, it was partly the result of improved relations between the superpowers, and above all local efforts. Under the mayor of the SPD, Wilia Brandt, talks began between the Senate of West Berlin and the government of the GDR. which led to the signature in December 1963 border agreement, under which at the end of the year 730.000 West Berliners were allowed brief visits to East Berlin. Over the next few years, three more agreements were concluded and the GDR finally decided to use the border control issue as a leverage tool for diplomatic recognition of the GDR (which the Federal Republic and Western Powers have refused to grant under the Hallstein Doctrine). Access to West Berlin through the territory of the GDR was subject to administrative harassment; it happened, that deputies were prevented from attending a plenary session of the Bundestag (April 1966). Since June 1968 stricter passport and visa control began to apply to all travelers.

When the immediate threat to the existence of West Berlin has disappeared, the city's community began to divide along generational boundaries. Young people accounted for a large proportion of the population, partly because, that West Berliners were exempt from military service. In years 1967-68 a student protest broke out, the initial complaints were unreformed. poorly administered universities were extended to wider opposition to the materialist culture of West Germany. As in a federal country, the APO, ie non-parliamentary opposition, emerged in West Berlin, as a powerful and loud force to criticize the unsuccessful efforts of many to rebuild a democratic state on the ruins of Nazi Germany.

Another shade of protest was anti-Americanism, which was fueled by US policy in Southeast Asia, Latin America and the Middle East. The older generations were amazed and indignant at both anti-materialism. and anti-Americanism of students.

Police reacted to street demonstrations in Berlin with brutality, which even shocked the conservatives. 2 June 1967 In 2007, a student was killed by a bullet during a protest against the official visit of the Shah of Iran. Springer's right-wing press consortium (intentionally located next to the wall) it absolved the police and placed all the blame on the "long-haired communists."”. After the failed attempt on the life of student leader Rudi Dutschke (11 April 1968) Huge and tumultuous demonstrations took place outside Springer headquarters. Though the mass protest movement in the late 1960s spread to the bones, in the seventies a new one emerged, a much more formidable opposition - born in part from the violent reaction of the German establishment described above to the initially calm protest movement.