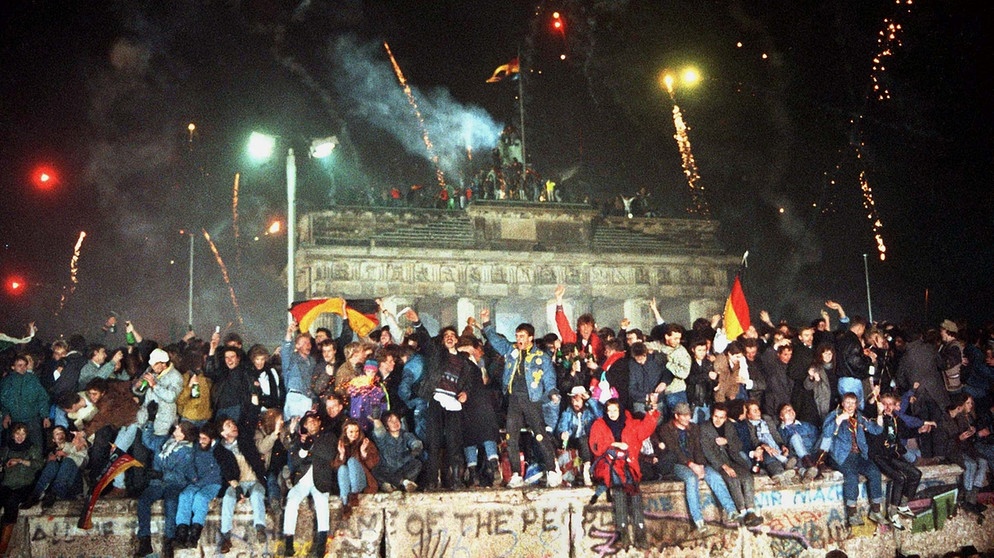 Half a million Berliners, which gathered on New Year's Eve on both sides of the Brandendur Gate was to welcome not only the New Year, but also a new Germany soon to come. "Champagne, fireworks and the Brandenburg Gate” These words of one of the participants of the "prom”, which turned into a demonstration for reunification say a lot about the feelings of the GDR society. Soon this enthusiasm for regained freedom turned into a clearly deliberate pursuit. Po 40 years of large-scale experimentation under the "working people" system of towns and villages”, the people of East Germany no longer want to reform their socialist homeland. They prefer to take shortcuts on the path leading to parliamentary democracy, market economy and the wealth of the compatriots across the Elbe. This path is the reunification of Germany.

The feeling of the inevitability of such a solution has happened, if not ubiquitous, these are definitely prevailing in both parts of Germany. Neither were the GDR communists, nor the emerging opposition were forces capable of bearing the ever greater burden of events. 15 January, a crowd broke into the Stasi headquarters in Berlin; more and more violent were the demands to punish those guilty of economic ruin of the country. Various large-scale embezzlement and crimes have come to light, in which the highest officials of the party-state mafia were involved. (One of the party's livelihoods was the arms trade on an international scale). To, and other equally shocking revelations, in a situation of total freedom to express their true views, revealed such disturbing phenomena as fascist demonstrations and openly shown xenophobia. In the face of radicalising public moods, elections to the People's Chamber were accelerated.

18 brand 1990 In the first post-war free elections, citizens of the socialist German state cast the majority of their votes for Christian democrats. The unquestionable election success of the CDU paved the way for the rapid reunification of the two countries. Announced by the Alliance for Germany the winning electoral coalition, the five-point program envisaged monetary union and economic unification as soon as possible (which de facto existed since January after Kohl's meeting with Prime Minister Modrow in December). The remaining points included democratic elections to local authorities and the demolition of the Berlin Wall. The last one, but the important point was to link the reunification of Germany with the process of unifying Europe, and cooperation with neighbors and in the negotiations of both German states with the "big four."” (the so-called. conversation 2+4).

Dependence of the reunification of Germany on the processes of European integration and negotiations with the four powers, which won the Second World War with the Third Reich was a sine qua non condition. Neighbors of the future united Germany, and especially the most experienced Poland, they felt justified anxiety. Many statements of political figures, including high-ranking government officials, more than once it tried to convince the world opinion, that the reunification of Germany is possible only within the borders of 1937 year. Chancellor Kohl himself could not be counted among the enthusiasts of unequivocal assurances about the inviolability of Poland's western border. Ultimately, the Bundestag and the People's Chamber 21 June, they adopted the declaration. which it considered the Polish western border as final and inviolable.

Guaranteeing the border on the Odra and Nysa rivers was certainly an important issue for both Poles and international public opinion. However, this must be borne in mind, that at the moment when 1 On July, the monetary and economic union of the GDR and the Federal Republic of Germany entered into force, both countries belonged formally and in fact to two different military pacts. It is even hard to imagine the reactions of Gorbachev's predecessors, if one of them were offered to "sell” one of the countries conquered for the idea of ​​communism. Now, although it was not easy, it turned out to be possible. Negotiations 2+4 lasted from February until 12 September, when it ended with the signing of the treaty by all participants of the talks.

At five minutes before midnight on the night of 2 on 3 October, a black, red and gold German flag was raised at the Branenburg Gate. A minute after midnight, the GDR was gone, and the lands between the Elbe and the Oder became part of West Germany. The day after the big ball, Germany was officially admitted to NATO.